‘They act like they own Bali’: Tourists and expats slammed as they ignore social distancing regulations to cram into a treetop yoga studio – as the organiser apologises to outraged locals for potentially spreading COVID-19

A yoga and mediation retreat in Bali has come under fire after photos emerged of a mass gathering of tourists flouting social distancing rules.

The House of Om posted an open invitation on social media for a yogic chanting evening and ‘celebration of bliss’ last Thursday, which doubled as a fundraiser for the local village.

The retreat’s founder has been forced to issue a public apology for its ‘irresponsible actions’ after photos from the event showed more than 100 attendees crammed into a treetop room sitting closely together and no face masks in sight.

More than 1,050 coronavirus cases have been recorded on the popular Indonesian island in the last three months, including nine deaths.

Photos from the mass gathering at the retreat in Ubad sparked widespread backlash online.

Most of the attendees pictured appear to be Western foreigners.

‘From the photos. the number of people infected COVID-19 in Bali is increasing,’ Indonesian screenwriter Jenny Jusuf tweeted.

She told Triple J Hack: ‘Most of these foreigners are living in Bali on emergency stay permits from the Indonesian Government, yet they act like they own the island.

Other locals were just as outraged.

House of Om founder Wissam Barakeh originally denied to Kumparan and to Hack the event was held, and claimed the photos were from last December, prior to the coronavirus pandemic. 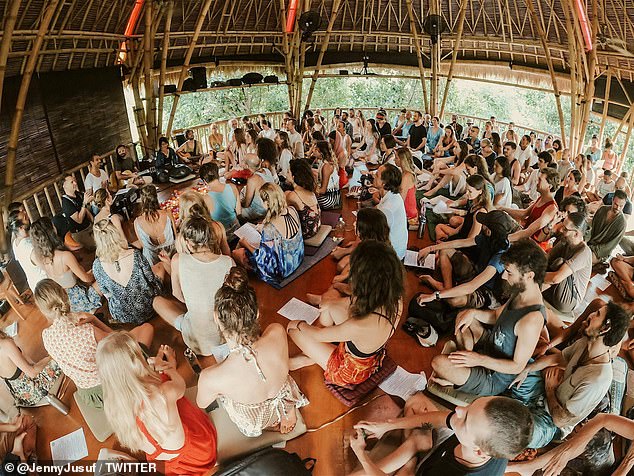 However he later backtracked on those claims to take full responsibility for last week’s event and apologised to the whole Balinese community.

‘It was a big and absurd mistake that happened in a difficult time like now,’ he wrote on the House of Om’s Instagram on Monday.

‘We held an event on June 18, aiming to raise funds so that we can help as much as possible the people who need help.’

‘I apologise for the amount because it poses a serious risk for our actions. We apologise to the entire Balinese community for our irresponsible actions.

Ms Jusuf has since described Mr Barakeh’s apology as ‘half-hearted’.

‘I hope that the Bali government will firmly act on these types of foreigners. If everything ends with just a mere apology, they will not learn their lesson,’ she wrote. 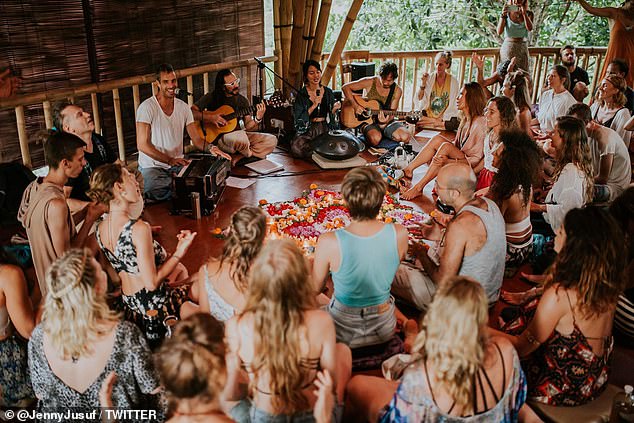 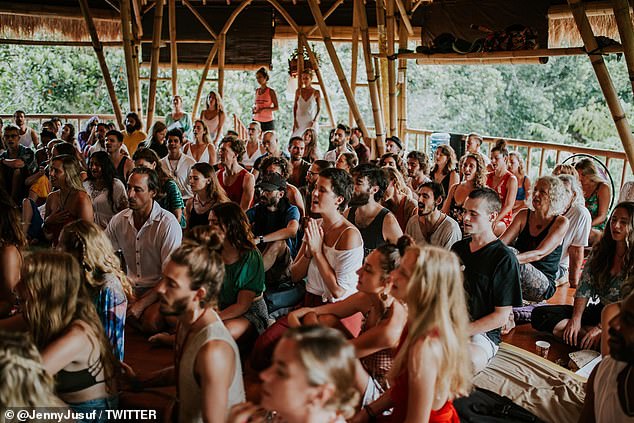 It’s unclear whether the retreat will be sanctioned over the mass gathering.

‘I have done my part. now it’s up to the local government,’ Ms Jusuf wrote. 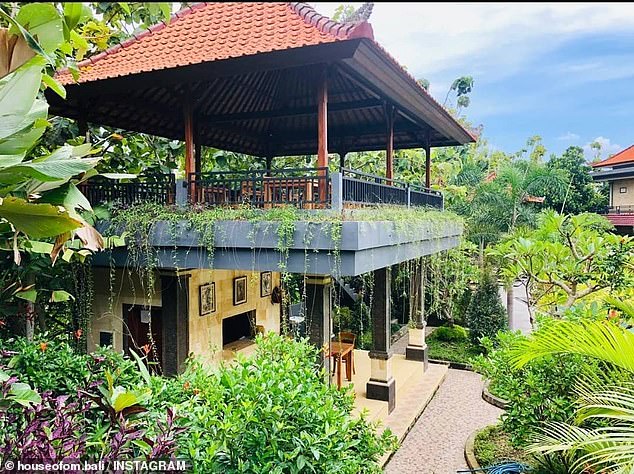